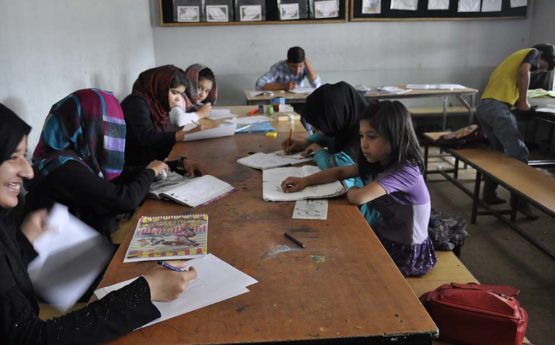 Afghanistan has been devastated by violence, and it is estimated that half the population experiences depression, anxiety, or post-traumatic stress, which can have a disastrous impact on people’s mental health and the well-being of their relatives and friends.

‘Arts- Based Therapy’ or ABT has been implemented by Aschiana since its inception. Different art forms like painting, calligraphy, miniaturizing and storytelling are used to bring about healing, growth and change. ABT is based on the understanding that each person possesses intellect, body, emotions and subtle energy fields. Each of these dimensions are created in alignment with the individual’s purpose in creation.Thousands of children have been trained provisionally, including the street working children as well as students of the Kabul University.